Ads Pitching CBD as a Cure-All Are Everywhere. Oversight Hasn’t Kept Up.

Scientists at Virginia Commonwealth University in Richmond, Va., were concerned when a young man contacted their department last year complaining of a heart-pounding, hallucinogenic high he had neither expected nor wanted to have.

The team, led by the forensic toxicologist Michelle R. Peace, had published a study about mysterious ingredients in vaping liquids. That’s how the man, a graduate student Dr. Peace declined to name, knew to tell it about his experience.

He said he had vaped a liquid, from a company called Diamond CBD, that contained CBD, or cannabidiol. A compound reputed to have soothing properties, CBD has been marketed by the fast-growing cannabis industry as an ingredient in sleeping masks, kombucha, Carl’s Jr. burgers and Martha Stewart-backed dog treats. It is not supposed to cause a psychoactive experience.

Dr. Peace decided to run some tests of Diamond CBD vaping liquids, some from the graduate student and some bought from the manufacturer. In four of nine samples, all marketed on the company’s website as 100 percent natural, her lab discovered a synthetic compound, 5F-ADB. That ingredient has been linked by the Drug Enforcement Administration to anxiety, convulsions, psychosis, hospitalization and death.

Diamond CBD has often promoted its products as health aids meant to “help your body to heal and recover” and “to make you feel the best version of yourself.” The company’s parent, PotNetwork Holdings, said in a statement that independent tests did not show “any unnatural or improper derivative.” The company said it planned to run more tests on its products and materials and would issue a recall if it found any problems.

The efforts of cannabis companies to go mainstream could be hampered by CBD advertising that depends on misleading or unproven claims, entrepreneurs and researchers said. Dr. Peace compared the marketing efforts of some companies to snake-oil scams in the 1800s, “when guys in wagons were selling sham tinctures in glass bottles.”

“People are taking these products in good faith, because they believe somebody is overseeing the quality of these products,” Dr. Peace said. “But there’s basically nobody.”

Hemp and marijuana are different varieties of the cannabis plant. Both produce chemicals known as cannabinoids, including CBD and tetrahydrocannabinol, or THC, a psychoactive compound associated with a high.

CBD products derived from hemp are legal to possess under a new federal law, as long as they contain 0.3 percent THC or less. In marijuana, which is not legal in many states, the amount of THC tends to be greater.

But in the gray area between state and federal regulations, and in the shifting terminology used to describe (and sometimes conflate) cannabis, marijuana and hemp, dubious promotions have proliferated. Some brands have claimed that their CBD is “a lifesaver” and an “unbelievable cure.” The Food and Drug Administration has warned companies to stop making “unfounded claims” that CBD can help treat cancer, Alzheimer’s disease, Parkinson’s disease, A.D.H.D. and opioid withdrawal.

Several tests have found mislabeled CBD products, some with more THC than is permitted. Companies have complained about competitors cloning their packaging and selling adulterated CBD products.

“This market was illegal for a long time,” said Ann Skalski, a former executive at Saks Fifth Avenue who handles branding for Double Barrel, which recently marketed a $100,000 diamond-encrusted vaping device. “It might be hard for some of the players to change.”

Cannabis products were once advertised via word of mouth or on stickers in bathroom stalls. Now, with growing support for legalization, cannabis ads have appeared in publications like The New York Times, which accepts advocacy ads on the issue of legalization.

Marketing professionals recruited from top agencies and luxury brands are working to drum up demand. Havas Creative Group, one of the largest advertising firms in the world, started a cannabis-focused offshoot in July. Within a decade, analysts expect Americans to spend more on cannabis than they currently do on their pets — a figure that stands around $75 billion.

Retail companies have spent millions of dollars to dismantle the stereotype of dazed, joint-toting slackers. After running a “Forget Stoner” marketing campaign, the marijuana dispensary chain MedMen released a commercial this year, directed by the Oscar-winner Spike Jonze, called “The New Normal.”

Some CBD products include a balm intended to soothe menstrual cramps, sold by Whoopi Goldberg’s company. Gwyneth Paltrow’s company, Goop, has promoted cannabis products in partnership with MedMen under the Wellness section of its site. Arizona Beverages, known for its iced teas, recently announced a partnership with Dixie Brands that could create THC-infused gummies and drinks. The message: Cannabis is as American as apple pie (a popular flavor for CBD-infused oils and tinctures, along with pumpkin spice).

Many companies are careful not to make unproven claims. But rules about marketing CBD and marijuana — which vary from state to state based on what the products contain and how they are used — are often confusing and difficult to enforce. Companies claiming to have a miracle elixir may face warnings but few serious repercussions.

“There are already 500 different products, and 5,000 around the corner, and we’re doing nothing,” said John Ayers, a computational epidemiologist at the University of California, San Diego.

Mr. Ayers and two colleagues published a report this year accusing companies like MedMen of modeling their marketing campaigns after strategies used by the tobacco industry in the 1950s, including questionable health claims and techniques geared toward young consumers.

The researchers cited MedMen billboards with the slogan “Heal, it’s legal,” podcast advertisements promoting unnamed wellness treatments and a note on the company’s website that it “cannot guarantee the accuracy of any marijuana information provided.” MedMen’s products included a high school varsity jacket emblazoned with a marijuana leaf, according to the report. MedMen declined to comment for this article.

As of July, more than 30 states allow medical marijuana, while more than 10 have legalized recreational marijuana. But the D.E.A. still considers it to be a Schedule 1 drug, in the same camp as heroin, ecstasy and LSD, and marijuana advertising is restricted.

The rules for CBD are different. Legislation passed last year removed some hemp-derived CBD from the federal government’s list of controlled substances. But while the Food and Drug Administration warns that it remains illegal to market CBD as a dietary supplement or an ingredient in food and beverages, the agency has barely enforced the ban.

The agency is “using all available resources to monitor the marketplace” for deceptive advertising and is “working quickly to continue to clarify our regulatory authority” over cannabis products, said Amy Abernethy, the F.D.A.’s principal deputy commissioner, in a statement on Monday to The Times.

Since 2017, the F.D.A. has filed only nine warning letters against CBD companies. The agency “does not have the resources to go after all of the products,” said Lisa M. Dwyer, a lawyer for the King & Spalding firm, who previously held advisory roles at the F.D.A.

Cannabis marketing has limited reach, at least for now. ABC declined to broadcast an ad from Lowell Herb Company, featuring the actress Bella Thorne, during the Oscars this year, the marijuana and hemp company said. The marijuana retailer Acreage offered to spend $5 million on a 60-second advocacy message during the Super Bowl, but CBS rejected the pitch, said Joen Choe, the company’s vice president of marketing.

Paid advertising on Facebook and Google is also restricted, but many cannabis companies have still managed to promote themselves on social media. After Kim Kardashian threw a CBD-themed baby shower in April, her posts about the party most likely reached 12.3 million people, according to Captiv8, which connects brands with paid influencers.

“It’s not always clear what the line is,” said Taylor West, who handles cannabis clients for the communications firm Heart + Mind Media.

Some brands are going a different way, with ads critical of the hype. In July, CBDistillery unveiled seven billboards in Times Square that blasted brands trying to capitalize on the craze with products like CBD toilet paper and CBD condoms. The market is like the “Wild West,” said Chris Van Dusen, the company’s chief marketing officer.

“With the industry being so new, and there being so much confusion from the consumer side, companies selling gimmicky products aren’t helping the industry’s cause,” he said.

At the same time, some CBD consumers continue to experience unexpected side effects. Dr. Peace, the toxicologist in Virginia, said that in recent months she had received dozens of messages, many of them “terrifying,” from people worried that they had ingested adulterated CBD products.

“These aren’t necessarily products being marketed and sold in sketchy shops,” she said. “I’ve heard from, literally, little old ladies who walked in to their local pharmacy to purchase CBD products recommended to them.” 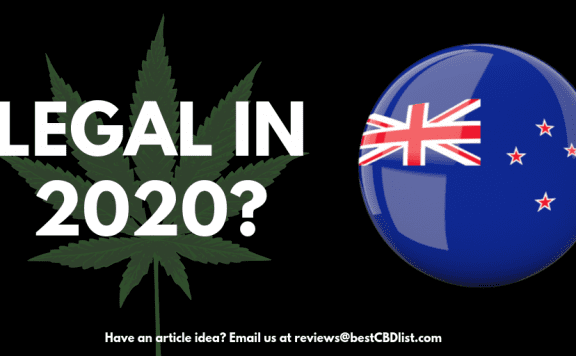 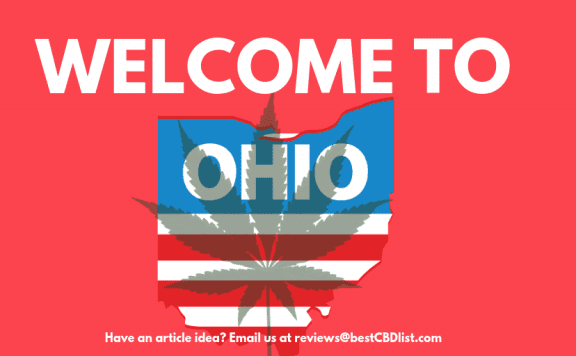