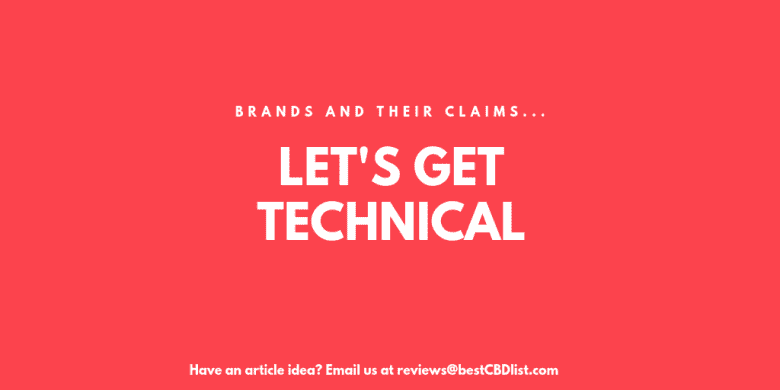 There’s no such thing as “non-psychoactive” CBD

Brands will sometimes claim their CBD is non-psychoactive because they like to make it seem as if it won’t cause a euphoric “high”. While hemp-based and controlled dosage strength CBD is unlikely to cause a typical THC-like euphoria, this does not mean it’s non-psychoactive.

A psychoactive ingredient is simply defined as: chemical substance that changes brain function and results in alterations in perception, mood, consciousness, cognition, or behavior.

Our CBD users mention that their mood and sleep (psychoactive) has been improved, and when taken in controlled amounts, has not resulted in a “high” like state. According to Dr Ethan Russo , a neurologist , psychopharmacology researcher and the Director of Research and Development for (ICCI) International Cannabis and Cannabinoids Institute:

“Very simply stated, what is clear about CBD is that it must be considered psychoactive because of its ability to act as an anti-anxiety agent and an anti-psychotic agent,” Russo said.

THC-Free, Full-Spectrum CBD does not exist

Full-Spectrum CBD contains several cannabinoids including THC as well as essential oils and terpenes. Broad-Spectrum CBD does not contain THC, and isolate has just CBD. The concern over Full-Spectrum is that if it’s extracted from hemp, than legally it can contain up to 0.3% THC by weight, and some users may be concerned about its possible effects. Anecdotally, people rarely if ever notice the THC’s effects, but it can show up on a drug test. The advantage of Full-Spectrum is that it offers the best effects overall since these cannabinoids have a synergism effect. A study in 2010 helped prove this point.

CBD has not been properly proven at a specific strength

If a company suggests a certain dosage strength as being proven, they’re not being truthful.

Even though CBD is the 2nd most researched cannabinoid, research on its possible effects at a specific dosage are limited and it can vary.

The reasons are plenty:

Anecdotally, people may need as little as a few mg to 45 mg to more a day.

This is why it’s best to start small, and then build up as needed.

CBD cannot be described as a cure all

Our users often say that they’ve noticed great improvements, but it would be both irresponsible and legally punishable to suggest CBD is a cure for certain illnesses. There is great new research as well as anecdotal support from customers suffering from seizures, inflammation, arthritis, cancer and many other conditions. However, any brand suggesting that their CBD can treat anything is not being honest.

Testing can vary and look at different things. For example, lab testing may verify:

3rd party lab testing can also vary depending on the quality of the company running the test, and whether or not the results are for recent batches. Sometimes a company will use these lab results as evidence that their product will work, which is not what these studies are meant to verify.

FDA approval does not verify the value

Any supplement manufactured in the United States has to be made in a FDA approved facility, but this does not prove that the CBD itself has been tested. What’s defined as CGMP certification only ensures the cleanliness and up to date standards of a facility. It has nothing to do with checking if the CBD extract you use is actually good for you, or if it’s added in the claimed amounts.

The FDA has specifically stated when it comes to CBD :

there has been no FDA evaluation regarding whether they are safe and effective to treat a particular disease, what the proper dosage is, how they could interact with other drugs or foods, or whether they have dangerous side effects or other safety concerns.

When evaluating CBD products, there can be wildly different claims and representations. This is why it’s important to look out for quality information from vetted groups, as well as red flags.

If you have any further clarifications or questions, feel free to message me direct or comment below